shuzbot wrote:There's a great line in this where Pertwee says "I can withstand a great deal of this childish nonsense" when he is being tortured. It always makes me laugh.

Actually they're shining lights at him and shouting, which is nasty but hardly counts as torture. What they needed was one of those fiendish machines used by Davros in Genesis, which can "create in their bodies all the torments and agonies ever known" - that way they get around objections from Mary Whitehouse (and me) about showing fake torture on a kids' show, or having the "favourite uncle" Doctor get knocked about (who'd wish that one him?) while still convincing the audience that their victim is suffering. That was actually the least convincing scene for me, after the Primords. I'm sure the Brigade Leader, Section Leader Shaw and Platoon Under Leader Benton wouldn't have hesitated to use a bit more force, given that they were living in what appears to be a police state.

So despite not wanting to see the Doctor get beaten up, which would undermine his mystique, I felt they should have made that side of things a bit more convincing. Some sort of "pain inducer" a la Davros could surely have been in their repertoire. That would also have made the line about withstanding childish nonsense more convincing, IMHO, because otherwise he just was withstanding childish nonsense.

Yeah, but he says it in one of the Peladon stories. IIRC, there is a mind probe or some such contraption.

by Servorobot
Watched up to episode 3 now.

Our intrepid hero has ended up in an alternative universe, populated by slightly sinister versions of our old favourites, apart from Greg Sutton who remains essentially the same.

Except for Stahlman, who is a bigger pr*ck than his counterpart on “our” Earth.

Naturally because the Doctor doesn’t exist in this universe Wyatt is still alive and proving his environmental credentials, until the Nazi wannabes shoot him that is (nice stunt work there I must say).

Anyway things aren’t looking good for our Doc, or the rest of the planet given the doom laden atmosphere.

by Marco's Voice
Sheila Dunn playing Petra Williams and Derek Newark as Greg Sutton bring a gritty reality to this story for me. They are believable characters, with real motivations - both in this world and the alternate reality.

Greg is the drilling expert who knows what can happen when something goes wrong. Dr. Petra Williams is the loyal assistant to Professor Stahlman and his glorious project. Hints of attraction and a romance between Petra and Greg add another human dimension to the story.

An almost perfect Doctor Who story for me, Inferno was much neglected by fandom for many years until it's release on video in the mid 90's. It is an adult, serious story with an atmosphere of doom from the start. Wonderful. They don't make 'em like that anymore.

Yeah, but he says it in one of the Peladon stories. IIRC, there is a mind probe or some such contraption.

OK, but I meant in this story. There should have been at something more than just:


STEWART: This is only the beginning.
SHAW: We have other methods.
DOCTOR: Yes, I'm sure you have. But it won't do you any good.

Just shouting at him and mentioning "other methods" didn't ring true, at least not for me. As Marco says above, this is an adult and doom-laden story (at least if we ignore the Primords and the use of terms like "nitwit") so to live up to that this scene needed to push the boundaries a bit, IMHO. Imagine "1984" without the threat of the rats, or "Goldfinger" without the laser...doesn't quite work, right?

I dunno, maybe I've been spoiled by watching the likes of "Spooks" and "Line of duty"...

I had to knock a point of for those naff joke teeth though.

by StarQuake
I finished back on Sunday but forgot to comment. It's definitely a classic. The parallel worlds angle adds a lot of fun to everything, and it's kind of a surprise that Who hasn't done it more often. All the regulars must have enjoyed playing different versions of their respective characters, but they don't go too over the top, even when faced with the rather silly-looking primords.

One thing I did love was the way Pertwee and Courtney played off each other at the end - very nicely played, they had great chemistry together. I like that level of understated comedy, very much in contrast to the way Who has sometimes gone, where the overplaying undermines the feeling of reality. 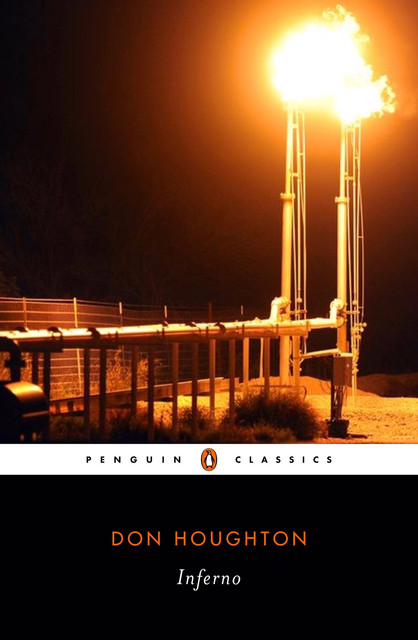 Re: Rewatch Doctor Who: Inferno

Re: Rewatch Doctor Who: Inferno

by LizR
Sounds more like inspiration for "The Dalek Invasion of Earth", or the other way around.
All times are UTC+01:00
Page 2 of 2