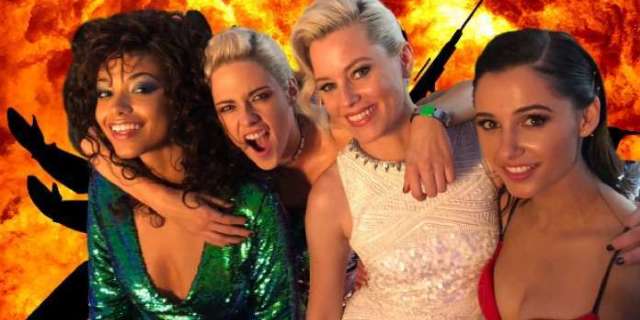 Reboot of the 2000 action comedy based on the 1970s television series. A new generation of private detectives working for the mysterious Charlie.

Currently in post-production; are you looking forward to this reboot of a reboot? 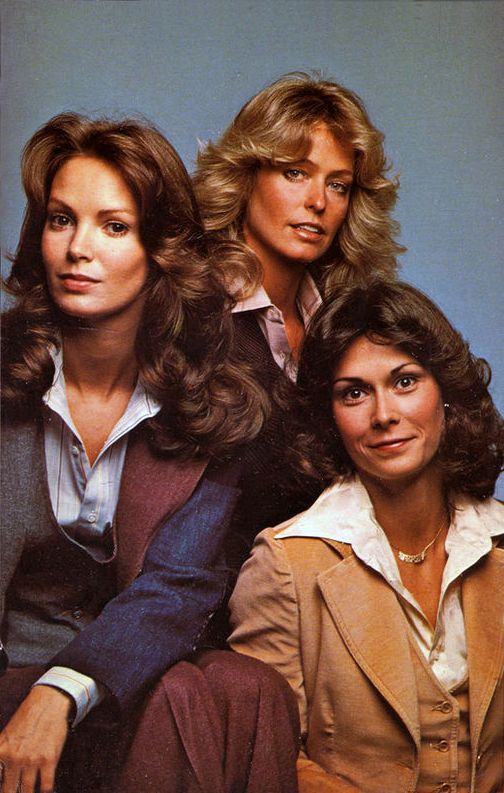 Sony Pictures has debuted the official new logo for the upcoming Elizabeth Banks-directed “Charlie’s Angels” revival film. Kristen Stewart, Naomi Scott, and Ella Balinska star in this new take which continues on from the previous TV series and film incarnations with the Townsend agency now having expanded to a global security force. Noah Centineo, Jonathan Tucker, Sam Claflin, Patrick Stewart, Djimon Hounsou and Banks herself also star in the film which opens in cinemas on November 15th. by paulhickling
That logo's a bit like the cap one from The Tripods.

The originals were best, though I fancied Cheryl Ladd as opposed to Farrah, though Jacklyn Smith tied in my affections. The other one? Nah.

....the “Charlie’s Angels” reboot at Sony Pictures which has bombed on impact, pulling in what looks to be a terrible $8.2 million opening for the three-day along with mixed reviews and a B+ Cinemascore. Overseas isn’t helping where the film has bombed in China with a $6 million two-day take.

The ‘Angels’ failure, in the wake of other recent bombs of refreshed old IP like “Terminator: Dark Fate” and “The Shining” sequel, have raised obvious questions as to the value of remaking even a known brand without any real obvious reason for it to happen.

The cast have been talking about the failure of the film.....


“Well, to be honest with you, I think if I had made a movie that wasn’t good and one that I wasn’t proud of and a lot of people saw it, I would be devastated. Luckily I’m not feeling gutted because I really am proud of the movie.

And I think that the kind of the climate that we’re living in right now is polarizing and it’s weird and it’s kind of hard to promote a movie like that. And I think trying to have a really complicated, overly politicized feminist conversation in a five minute TV interview about ‘Charlie’s Angels’….I’m like, ‘Dude, we just wanted to have a good time.’

I’m bummed that we probably won’t make another one, but at the same time I’m really proud of the movie and I’m so happy that it exists and can live in the world. Because I think for a lot of people it’s still kind of important even in a very non-serious way.”

by iank
Well she knows who to blame for the "overly politicised" aspect then... her director.
Oh no wait, the director's a woman, so can't blame her.
Must be all those sexist manbabies. Or something.