As the films of this legendary actor cover all three topics in the title, have at it!

For me his best ever film was Rio Bravo. I adore Rio Bravo, I just wish someone would put out a decent Blu-ray of the film!

I've never really understood John Wayne's popularity - although I recognise he's one of the most popular actors of all time. I have memories of my Grandad always watching a Western with him in it - and I don't know - they all just seem the same to me, twee with no appeal.

I think the only two John Wayne films I've seen from start to finish are The Alamo, which I can take or leave and whichever one he played Rooster Cogburn in. I didn't really like that, but it was better than the remake with Geoff Bridges! I could understand what he was saying for one thing.

So is there one great movie that would change my mind or get me hooked? I've always had half an eye on The Shootist for obvious reasons.
Top

If I had to give you three to watch, I would pick Rio Bravo, The Searchers and The Shootist.

I never understood how he won the Oscar for True Grit, when he was so good in The Searchers but failed to win, or even be nominated, for that film. I would say his most Oscar worthy role however was The Shootist, which is about an ageing gunfighter dying of cancer. That Wayne himself was then a survivor of cancer and had health issues during shooting (although his cancer didn't return until three years later) just makes this, his final film, even more poignant.

Each of these three has much to offer apart from Wayne.

Rio Bravo features a lovely couple of performances from Dean Martin and Walter Brennan, as well as an early role for Angie Dickinson. Pop star Ricky Nelson is wooden as all hell but the rest of the cast carry him through it all. It's a little gem of a film, this one.

The Searchers is often said to be Wayne's best film but I don't think it is. There's some lovely little bits of comedy in it and Jeffrey Hunter is in this (Star Trek's Captain Pike) I have never, in any film, seen someone stop a fight to give someone back their fiddle! - A young Natalie Wood also co-stars along with a number of the usual Wayne repertory company. Good stuff.

The Shootist is about the old west making way for the new and an old, cancer ridden, gunfighter who has come to see his old friend and to die. Jimmy Stewart plays the old friend, a doctor, and a young Ron Howard co-stars, along with Lauren Bacall and John Carradine.

He made so many films and some were truly excellent, such as Red River, Sands of Iwo Jima, The Man Who Shot Liberty Valance, and there are the fun westerns such as The Sons of Katie Elder, El Dorado (a loose remake of Rio Bravo) but if I was pushed, those are the three I'd go for.
The key to usable HUMINT (Human Intelligence) is distinguishing the real, highly placed sources from the bullsh*tting wannabes who pretend they’re highly placed sources by making sh*t up
Top

I will give them a go. Be warned though - it’ll take a while!
Top

Just in case you want to see a review of Rio Bravo... full of spoilers though

I have seen Rio Bravo and The Searchers, definitely preferred the former. He seems charismatic enough in the films, not seen that recently re-emerged interview with him yet. Although, I try and take things in the context of their time. TBH, I think there are better cowboy films out there. I always liked The Outrage, but preferred Rashomon, the film it was based on.
Space Commander Shuz, reporting for duty!
Top

I love She Wore a Yellow Ribbon. In fact the other parts of the Cavalry Trilogy (Rio Grande and Fort Apache) aren’t bad either.

The Searchers is probably his best film, but Rio Bravo is pretty good too.

John Wayne films remind me of when I was a kid watching them on a Saturday or Sunday afternoon.
Top

Another good review, although the ending is given away, here 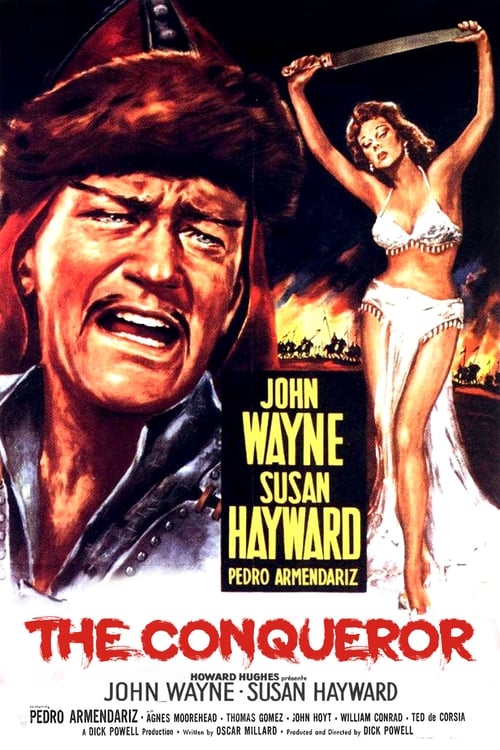 The Movie That Accidentally Killed Almost Half Of Its Cast

The story of the 1956 film The Conqueror is among the most shameful in the history of Hollywood. The big-budget would-be blockbuster featured an epically miscast John Wayne as the 13th century Mongol warlord Genghis Khan

It’s not just that Genghis Khan had a southern drawl, no that’s bad enough. The worst part is The Conqueror nearly killed half its cast.

One of the last films produced by the famously eccentric businessman Howard Hughes, The Conqueror was a critical laughing stock and a commercial failure. In his later years, Hughes reportedly bought up every print of the film he could find, and obsessively watched it nearly every evening in his private screening room. Why? Some speculate it was out of guilt over the decision to film The Conqueror in a nuclear fallout zone.

Yes, it's true. The Conqueror was filmed on location outside the dusty, sleepy town of St. George, Utah, which lay about 100 miles downwind of the U.S. Government's nuclear test zone. In 1953 alone, the government ran 11 nuclear tests there, assuring the residents of St. George that there was no danger from the radiation.

Between 1954, when The Conqueror filmed in St. George, and 1981, no fewer than 91 of the production's 220 cast and crew contracted some type of cancer. And that number doesn't include incidents of cancer among family members who also spent the summer on the set. At the time, it was thought the location was safe, so even Wayne himself brought his sons Patrick and Michael for an extended visit both later developed cancer. At one point, a Geiger counter was brought to the set, but it gave off so much noise that Wayne assumed it was malfunctioning.

But it wasn't, and the cast and crew soon began to suffer the effects. Wayne's co-star, Pedro Armendariz, developed kidney cancer in 1960, and took his own life in 1963 after being given a terminal diagnosis. That same year, director Dick Powell succumbed to cancerous lymphoma.

Another of Wayne's co-stars, veteran stage and screen actress and four-time Academy Award nominee Agnes Moorhead, passed away from uterine cancer in 1972, and Kahn’s love interest Susan Hayward died of pneumonia brought on from complications due to brain cancer in 1975. Keep watching the video to learn about the movie that accidentally killed almost half of its cast.

Actors being irradiated as we watch! 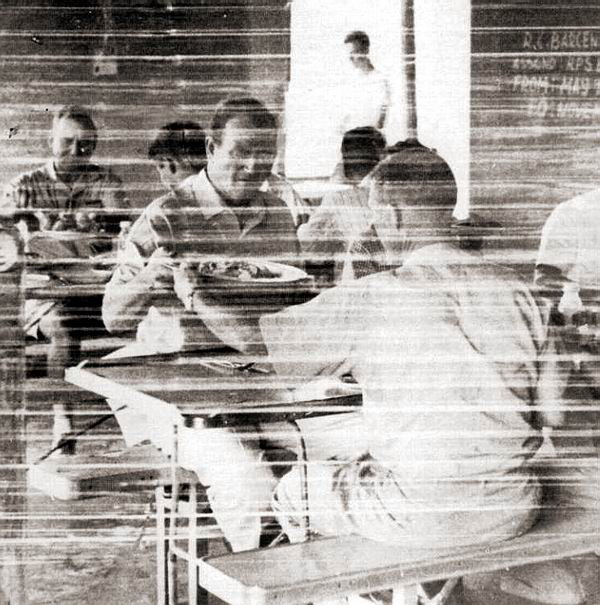 Return to “War, Westerns And Historicals”