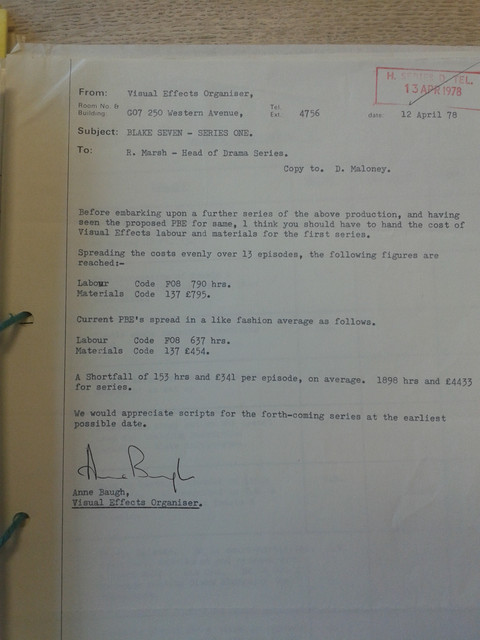 Have at it then.

While this is an enjoyable romp, at the end of the day I think it was a mistake to ever show the beings who created the Liberator. Better that they had eternally been left to the imagination. Fans would be theorising to this day what they looked like - and I am betting that we would be thinking more along the lines of the Krell from FORBIDDEN PLANET than a lot of ruthlessly robotic women ordering "Destruction level 7!"

That aside, this is a nicely paced episode imo, with some great dialogue. I like the moment of what seems to be Avon's hurt when Blake says about so long as Avon wasn't standing behind him on a cliff edge. It's moments of character interplay - and dialogue - like that that make's Blake's 7 blow away the collection of post-modern, smart-arsed quips that we are supposed to think of as scripts these days. Strong stuff.

And I still think that this entire show is a sequel to DEATH TO THE DALEKS, with the dominant race of Exillon having got sick of building gleaming white, self-regenerating cities (with deadly roots that attack people) and moving out into space instead to build spaceships along the same lines.

It grates on me at the end when the prisoner at the end who has just saved them from execution and got as far as the hatchway leading to Liberator with them announces "I'll stay here!" with a silent pause where there really should be a hasty added line explaining why - when it's obviously for no logical reason other than the budget won't stretch to a new crew member joining them.
Only to get shot. What a fool!

The Liberator prediction was cleverly resolved.

The chemistry and testy interplay between the Avon and Blake characters was such a plus for the series and I believe that something was lost when Blake went. Avon never had anyone to match him after STAR ONE. I think if there is one memory to take from this episode it's the great scenes and dialogue between these two.

What can I say?

This episode screams 1979! The clothes. The hair. The sci-fi space babe's straight out of The Buggles 'Video Killed the Radio Star'. The futuristic weapons with flashing lights. Its late 70's sci-fi at its best. To me it's up there with the very best of Doctor Who. I can rewatch this episode again and again, and I'm back in 1979.

So Orac can predict all possibilities and make vague predictions but not tell the full story, huh...

Why does he need to be deceptive to safeguard his prediction? If you can't use his prediction then what's the point?
Space Commander Shuz, reporting for duty!
Top 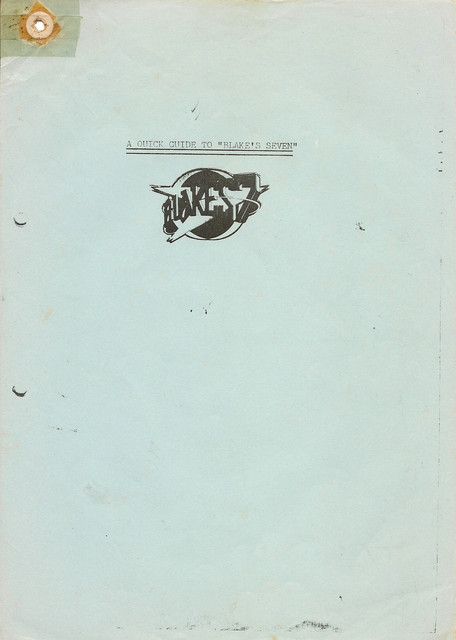 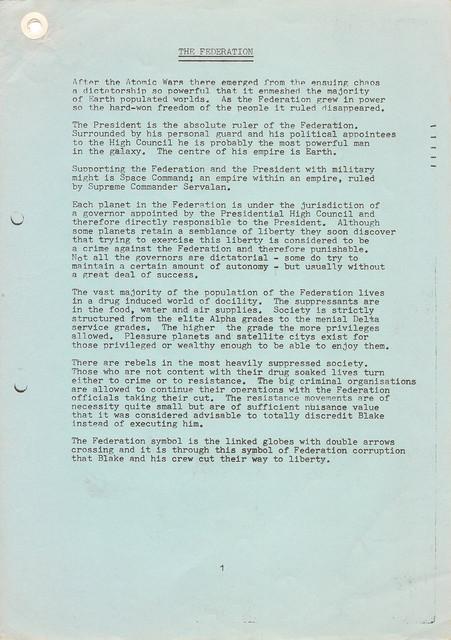 After the atomic wars, huh?

This one doesn’t do a lot for me I must confess.

Sadly we find out who created the Liberator and a nasty, totalitarian lot they turn out to be. They make the Federation seem like amateurs.

Return to “THE REWATCH FORUM”