The Best Thread Ever!

Isn’t this the best thread ever? I think it is. Just think of all the things that could happen on this thread: the jokes, the poetry, the discussion and even the occasional use of the word PC brigade beyond this initial post. Ah, good times and merriment to be had by all! I don’t know about you but I am loving it already.

And all the while, outside this thread, wars are being fought and won, books will have been written and read, and deals are being brokered and broken – and yet here we are: impervious to it all. Isn’t this the best thread ever?

My dog has no nose!
Top

I bought my friend an elephant for his room.
He said "Thanks"
I said "Don't mention it"
Top

ericthehalfabee wrote:My dog has no nose!

It wouldn't be the best thread ever without a touch of the Godwins.

That's one of Eric's favourites
Top

ericthehalfabee wrote:My dog has no nose!

It wouldn't be the best thread ever without a touch of the Godwins.

I see there's a new Confessions of a Window Cleaner sequel in the works then... Auckland council declares its intention to divest from fossil fuel.

("We're stoked!" may be slightly inappropriate, but who cares?)

1. China is planning a national park three times larger than Yellowstone in the US, to help boost the wild population of giant panda. It will link 67 existing reserves to make mating easier

2. A seven per cent annual drop in teenage suicide attempts among US high school students is linked to the legislation of same-sex marriage, say researchers

3. More than 30 million people in Kerala, India, will be given access to free WiFi after the state declared it a basic human right

4. El Salvador became the first country in the world to ban metal mining

5. Clean energy jobs in the US now outnumber jobs in oil and gas by five to one

6. Denmark announced it has reduced food waste by 25 per cent in five years

7. Experts revealed that 86 per cent of new power in Europe came from renewable energy sources in 2016 with wind energy overtaking coal as the largest form of power capacity

8. The world’s largest fund manager, BlackRock, has warned it will vote out directors of companies who fail to address the risks posed to their businesses by climate change

9. A teenager is on track to plant a trillion trees. Felix Finkbeiner, 19, who began his tree-planting quest when he was nine, founded environmental group Plant for the Planet. It has overseen the planting of more than 14bn trees in 130 countries and aims to plant 1tn – 150 trees for every person on Earth

I've had a model fly delivered to my house today with no explanation, later I accidentally find hair in my loaf of bread, then I find a sign outside my house with terms that I considered quite offensive, continuing this day I found my neighbour moved next door to me, a man try to jump off my house, this was before the one that burn to the ground whilst I was on holiday, our caravan goes missing, I destroyed my employer's summer house, I killed a tortoise, froze a cat, I had a plant put in my toilet, I was accidentally given a gorilla suit instead of my dinner suit, I was buried in my garden and then I was involved in a hit and run. Quite frankly, I DON'T BELIEVE IT!
Top

Great! Cthulhu is a lot less scary than he's been made out to be!

HartnellTroughton wrote:I've had a model fly delivered to my house today with no explanation

There are no flies on us here in NZ, and this explains why...

(PS please ignore the stuff about the "Tsunami evacuation hill" 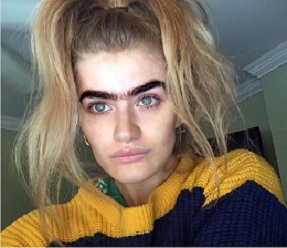 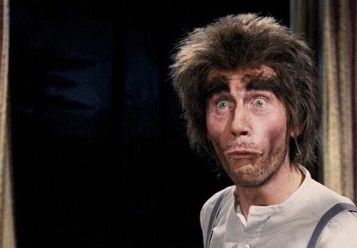 If you've got a horn that needs blowing, here's your girl...

Return to “THE ZERO ROOM”