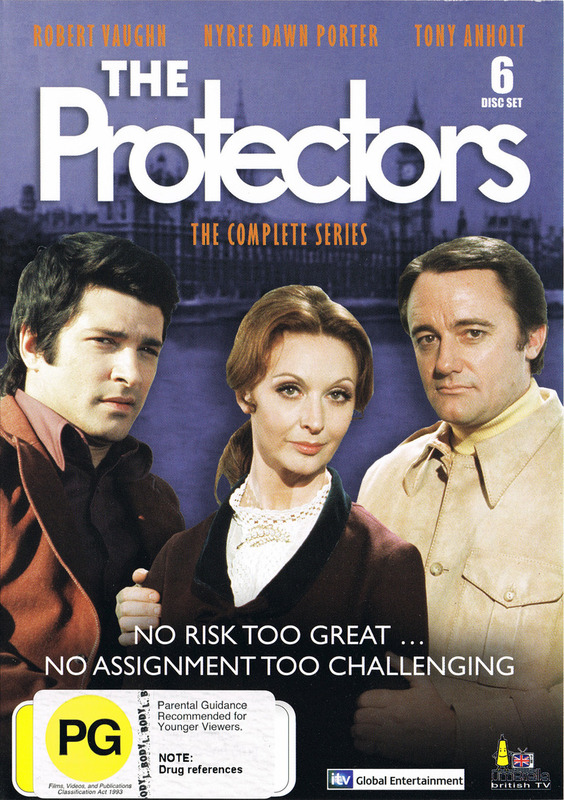 The Protectors were Harry Rule, the Contessa di Contini and Paul Buchet, three freelance troubleshooters who ran an international crime fighting agency. Based in London, Harry was the leader of the group. The Contessa lived in Italy and, when she wasn't working with Harry, ran her own detective agency that specialized in exposing art fraud and recovering stolen art. Paul Buchet worked out of Paris, and was the group's researcher and gadget specialist. Their adventures ranged from simple kidnapping to convoluted cases of international intrigue.

by Cygnus Prime
I never really used to know what the show was about, but just knew that the opening titles and that end song would come blaring out of our telly back in the 70's late at night now and again.

by Martin_Kinsella
Loved this back int the day. Apparently Faberge ponies up,a fair chunk of the money to,help make it. A Saturday tea time staple. I have all the episodes on DVD and remember the late night reruns in the eighties as well. A mix of the banal and the very clever. Always worth watching for the guest cast. The two part story WAM has the legend that is Prentis Hancock in it.

Whenever I hear the theme, love the end titles with the tony Christie song, I think of Swiss roll and battle burg cake,

by The Ginger Cat
Don't think I've ever seen a single episode of it. Have to rectify that one day...