The Timeless Child & the Morbius Faces: A clever Solution? 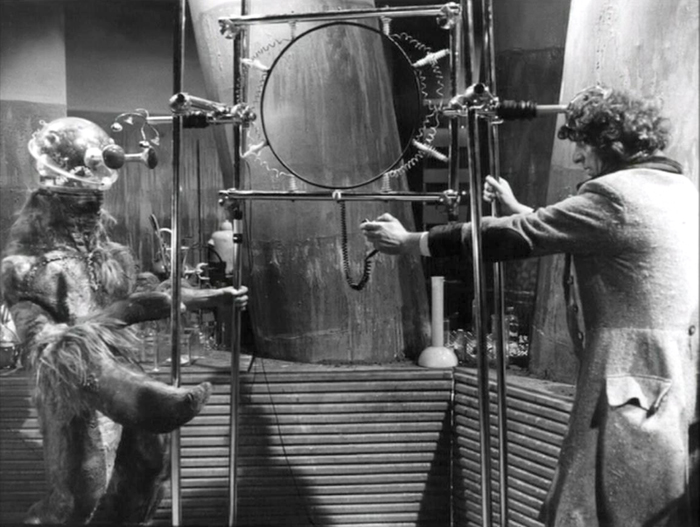 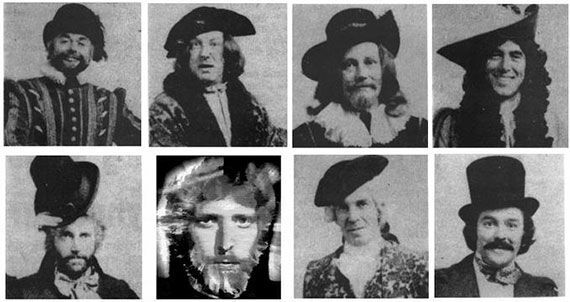 (The Doctor switches it on. The circle fills with images, first of Morbius and how he originally looked, then the Doctor and his previous incarnation.)

MORBIUS: Is your mind, Doctor, going?

MORBIUS: How far, Doctor? How long have you lived?

(Patrick and Bill, then a man with a moustache, someone with a powdered wig.)

MORBIUS: Your puny mind is powerless against the strength of Morbius.

(More faces, including a William Shakespeare lookalike. Presumably these are Morbius' previous appearances.)

MORBIUS: Back. To. The. Beginning!

(Then there is a bang inside his braincase and it fills with smoke. They both disconnect, and Morbius staggers away. The Doctor falls sideways.)

This thread originally started as a way of discussing whether the Morbius faces were of the Doctor or not:

Yep! Why not? We can fit them into the mythology... somehow!: 7
No, you idiot! They are all non-canon - or earlier faces of Morbius!: 7

But since then Chibnall has decreed - albeit in fast and furious flashback that they were, indeed, the faces of the Doctor!

But do you agree with his - and the BBC's official creative decision on this matter? 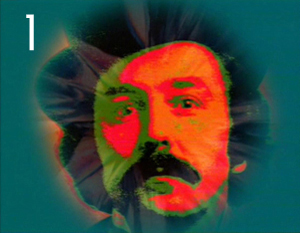 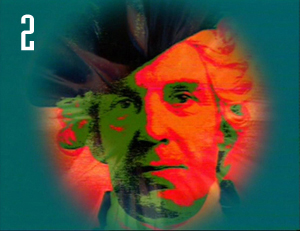 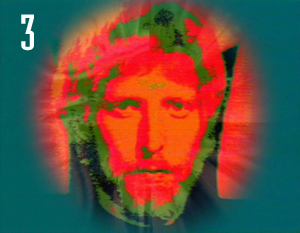 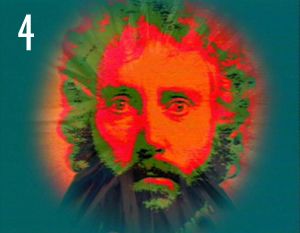 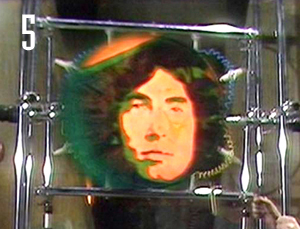 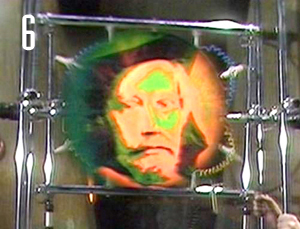 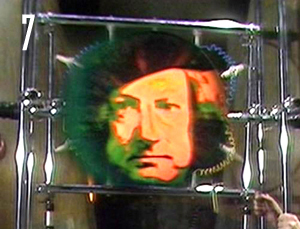 Regeneration Limit: How Long Should the Doctor Live?:

And - if they do - which of these quirky looking Doctors would you want to travel with?


Well, assuming that they are - somehow - Doctors and not early incarnations of Morbius, I would have to say the Christopher Barry Doctor without a doubt. He just seems to have a mischievous twinkle to the eye that these other canon-defying Doctors lack.

Number 2 looks like Gulliver has wandered off the set of THE MIND ROBBER again. If so, I couldn't be doing with that "only speaking lines from the book" malarkey again either.

Number 3 looks like he wants to be in a prog rock band, rather than saving the universe.

Number 4 looks mad as a March hare - and potentially dangerous.

Number 5 seems a bit too bohemian for me, and looks like he would rather be spouting poetry in the tea shop in Blackadder III alongside Byron and Shelley.


Number 6 has that Guy Fawkes thing going which suggests that he would topple governments in a McCoy/V FOR VENDETTA way, rather than enjoy his travels.

Number 7 has a stern, lecturing demeanour that suggests travelling won't be fun and you will always be getting told off.

Nope, Number 8 for me. Okay, his dress sense is a bit silly, but he looks the most fun out of this bunch I think.

Just not sure about Davison being the last Doctor in the regeneration cycle. (But he did say "feels different this time".)

The Morbius "Doctors" Are The Others Incarnations

Here is the the next part in my trilogy of fan theories, my thoughts on the true identity of the "Morbius Doctors"

NOTES :
A) I forgot to add this into the video, I am aware that The Other most likely had more than just eight incarnations, but due to Morbius losing the mind battle we never got to see any more incarnations of The Other
B) Yes I re-edited the footage of the mind battle, this was due to copyright issues with the clip being used on YouTube

While it makes sense for the faces to be Morbius, I have always thought that they were a bit too eccentric-looking and "Doctor-y" - at least in their "different periods of Earth-history" dress sense to actually be Morbius? Above: The first 8 Doctors. 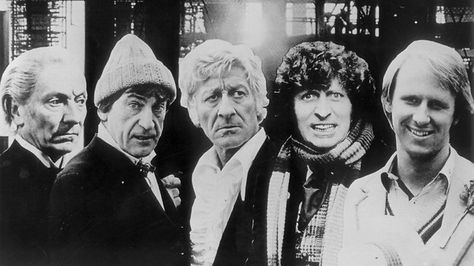 Now THAT explains a lot.
Top

The poor old Morbius Doctors getting dragged into discussions about this Jo Martin development......

Doctor Who: Who are the Morbius Doctors, and how might they connect to Jo Martin’s Time Lord?
There could be a link between the 'fugitive' Doctor and an oft-forgotten Easter Egg from 1976 So who were these eight faces? Though some fans have argued that they might actually depict past incarnations of Morbius, the intention of the Doctor Who production team at the time was absolutely that these were pre-Hartnell incarnations of the Doctor. “It is true to say that I attempted to imply that William Hartnell was not the first Doctor,” producer Philip Hinchcliffe told Lance Parkin, author of 1996 reference book Doctor Who: A History of the Universe

So that was the intention, and Morbius' dialogue certainly supports this, IMHO:


How far, Doctor? How long have you lived?
Your puny mind is powerless against the strength of Morbius.
Back. To. The. Beginning!

The obvious inference (ISTM) is that Morbius was trying to find out about the Doctor's past incarnations, and forcing him to "answer" by showing them.
Top

And it was a terrible idea then. Using a mistake from 1976 to justify this disgusting crap is just further proof of how desperate these cultural vandals are.
(Doctor Who) has been hijacked and redefined as a lucrative modern franchise. They've literally taken a square peg and painfully made it fit a round hole by taking enormous liberties with much of its fundamental essence. There's no turning back now.

iank wrote:And it was a terrible idea then. Using a mistake from 1976 to justify this disgusting crap is just further proof of how desperate these cultural vandals are.

I have no brief from cultural vandals. I'm just following the evidence, m'lud.
On the plus side, this fact plus the 12 regen limit added shortly after indicate that all Doctors post-Tom were non-canonical. I could get behind that...
Top

Since it's been shown that further regeneration cycles can be given, maybe Hartnell was the first of a new cycle. At the time, I thought one or two of the pics shown could have been (kind of) earlier Hartnell times before he became old as we first saw him - would he have regenerated as the older Hartnell we knew?
Top

Perhaps the Time Lords gave him a new regeneration cycle after "The War Games". (Maybe if a Time Lord is forcibly regenerated they can "reset the clock" so to speak.)
Top

LizR wrote:Perhaps the Time Lords gave him a new regeneration cycle after "The War Games". (Maybe if a Time Lord is forcibly regenerated they can "reset the clock" so to speak.)

That theory has forced me to do some maths.


So, if your theory is correct Liz, the show should not survive Jodie Whittaker's Doctor. (But that looks like it could be the real world case anyway.) 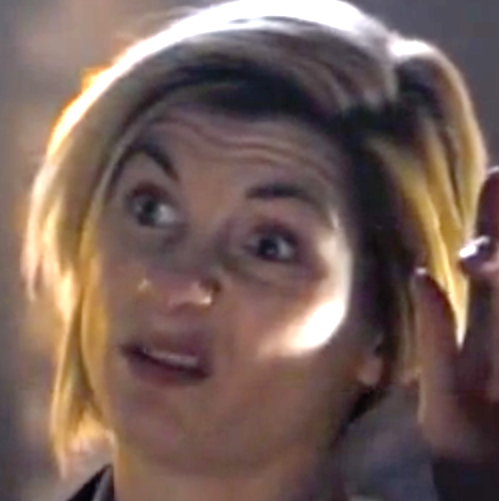 He just couldn't resist, could he....

Wonderful that the genius Chibnall has finally sorted out the placing of the Morbius Doctors....


Now where does Gary 7 fit in?


For many years, Doctor Who has implied that William Hartnell played the Doctor’s first incarnation — but in The Brain of Morbius, we were given glimpses of eight stern-faced men in assorted historical costumes — Doctors before the one we know as the first.

What were they like, these forgotten Doctors? What worlds did they visit, and what adventures did they have there? Who were their companions, and who were their enemies?

And perhaps just as interesting — what sort of stories would this forgotten prehistory of Doctor Who have told?

With new stories by Lance Parkin, Jay Eales, Simon Bucher-Jones, Philip Purser-Hallard and many others!

TO BE PUBLISHED IN DECEMBER 2020, WITH ALL PROFITS FROM THE SINGLE PRINTING OF THIS BOOK DONATED TO ALZHEIMER’S CHARITIES.

As far as I'm concerned, they're faces of Morbius. To suggest that William Hartnell isn't the original Doctor is an insult to the show and this "Timeless child" rubbish is nothing more than poorly written fanfiction.
The Doctor died with Capaldi. The Chibnall era is non-canon.

Return to “The Whittaker Era”