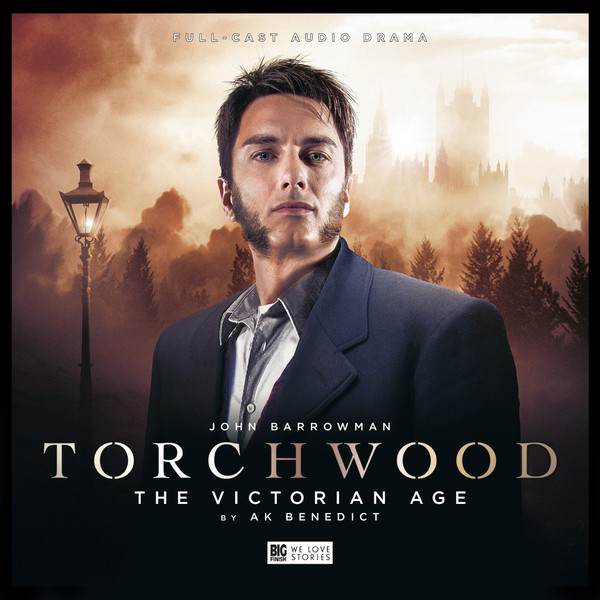 There was once a film called “Abraham Lincoln – Vampire Hunter”, it sounded good, the trailers were good. It bored me. I actually fell asleep before the end. A fantastic premise – an historic President of the United States of America hunts vampires in his spare time, let down by poor execution. Torchwood – The Victorian Age could have another name – it could quite easily have been called “Queen Victoria – Alien Hunter”, and could quite easily be a Hollywood Blockbuster – because that dear reader is exactly what this story is. Do I need to say any more? That should surely be enough? No? Okay, read on…

Set in 1899, Captain Jack Harkness is on loan to Torchwood London and it’s a frought time as Queen Victoria (Rowena Cooper) is about to make her annual inspection – surely nothing can go wrong? Of course it does… within minutes of Queen Victoria, Queen of Great Britain and Ireland (and Empress of India, don’t you know), a full scale emergency is in place – an alien has escaped. Archie, in charge of Torchwood London, has been aged fifty years and Her Majesty is most definitely not amused (had to get that in somewhere). What follows is the most unlikely of buddy movies as Captain Jack and Queen Victoria scour London in search of the escaped alien. Her majesty toting an alien blaster and commandeering horses – Jack bemused at the situation and trying to keep the Queen of Great Britain and Ireland (and Empress of India) safe. On their adventure the Queen takes time to talk to her subjects… there is a delightful scene with Louise Jameson which is very emotionally charged and shows the Queen as a person, not as a figurehead and icon.

This is a steampunk alien infested take on Victorian London  and the Queen is as tough as old boots – she has the measure of Captain Jack and is a superb foil for him. This monarch cares deeply for her subjects – when towards the end Jack suggests she take over as operational head of Torchwood London – there couldn’t be a listener out there who punched the air at the thought. Rowena Cooper makes the Queen testy, feisty, regal and with a heart as big as London – but a Queen you would never dare cross – and without a doubt not amused – she brings what could easily be a formulaic caricature portrayal to life, not going for the easy performance – this really is Rowena Cooper’s take on the Queen and thanks so much to Scott Handcock for directing her this way and to AK Benedict for writing those wonderful lines.

This story treads a fine line between farce and action movie – I think it would be best described as a “romp” but it excels in all categories and to use an oft used Daily Mail phrase: “I for one” look forward to hearing more from Queen Victoria – and coming from a staunch republican that is praise indeed.

A long reigning and highly amused 9/10.

London, England, the 1890s. Queen Victoria, ruler of Great Britain and Ireland and Empress of India, has arrived for her annual inspection of the Torchwood Institute. This year, everyone is quite determined, nothing will go wrong.

Several minutes later a terrible creature is unleashed on the streets of London. No one knows where it comes from, what it is, or even why it’s on Earth. It’s ruthless, has no morals, and is quite unstoppable. Captain Jack Harkness is on the loose, and Queen Victoria is along for the ride of her life.