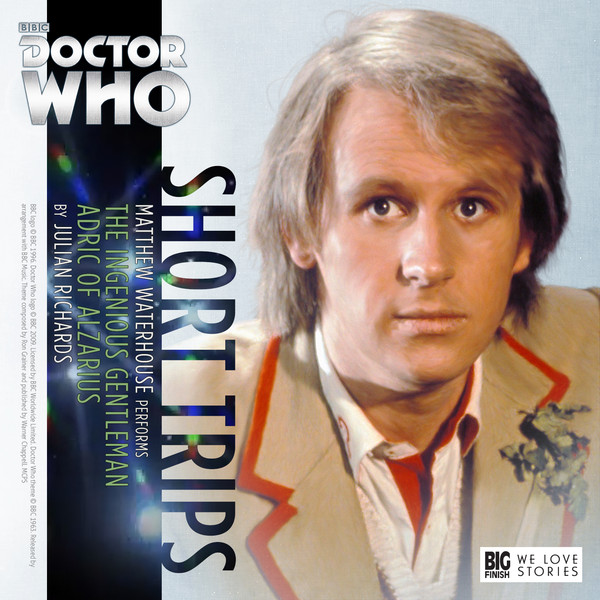 Imagine if you will that this story is two things and they both concern Adric, or to give him his title in this story “The Ingenious Gentleman Adric of Alzarius”.

The first thing this story is is a prism, a prism through which Adric views his companions the newly regenerated Fifth Doctor, Tegan Jovanka and Nyssa of Traken. It is also a pair of rose tinted glasses that gives us insight into how Adric viewed his time with the Fourth Doctor and Romana, and it is a third thing, it is rather wonderful and makes a fitting companion piece to the rather wonderful A Full Life (available HERE and review HERE).

So whats it all about? Well thats the thing, on the surface it is about Adric having an adventure with a Knight Errant who being all teeth and curls and booming of voice seems rather familiar – but it is a lot more than that, this is a look inside Adric’s mind and his perception of the new team compared to the loss he feels for the old Doctor and Romana – and the new Doctor does not fare favourably, in fact Adric paints him as an evil Enchanter who along with his assistant Nyssa have kidnapped the Princess Tegan – and Adric along with the very familiar Knight Sir Keeyoht of la Koura decide he must be stopped. Along the way their quest brings them in to contact with Windmills which may or may not be giants and inspire a young girl to take up the mantle of Knight Errant.

Its a dreamy experience with one foot in reality and one foot in fantasy and it is as real as you want it to be as this story like all the best stories is open to interpretation, I see it as a rite of passage, of a young man growing up somewhat and accepting his place in the new order of things and reflecting on his experiences to become a better person.

Matthew Waterhouse is utterly superb, he really is. Big Finish have given Adric a new lease of life and Matthew along with the writers is using it to really go all out to add layers of depth and meaning to a character that could sometimes come across as a selfish brat on TV when really he was a traumatised troubled youth who had problems making connections with people and who was grieving for the loss of his brother, of Romana and of the Fourth Doctor.

Real congratulations to all involved not only Mr Waterhouse, to Julian Richards as writer, Lisa Bowerman as Director and Rob Harvey’s exceptional score – this really is something special 10/10.

Release #35 is a Fifth Doctor, Adric, Nyssa and Tegan story.

Sir Keeyoht of la Koura, and his loyal squire Adric, are on a quest. A great and noble quest to stop that most vile of Enchanters, the Doctor, from claiming the greatest treasure in the land. Along the way they intend to battle giants (or possibly windmills), inspire adventurers, rescue a princess and ultimately come face to face with that most terrifying of all monsters, the Dragon.

Except Adric knows there are no such thing as Dragons…