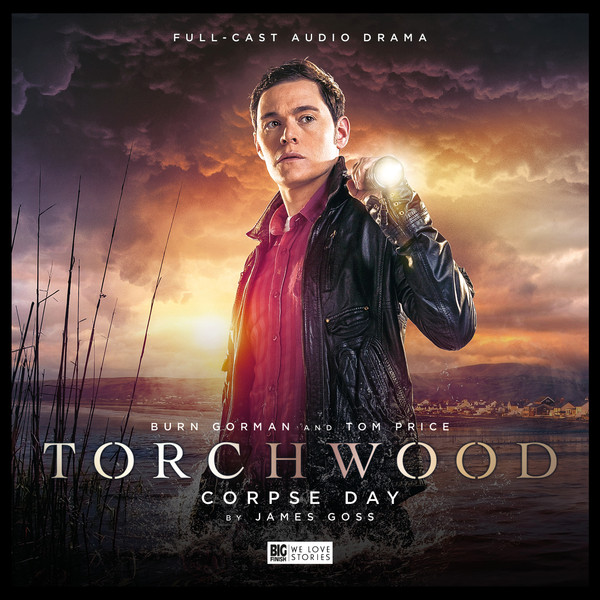 In life there are some things that you enjoy and some things that you appreciate. Corpse Day falls in to the latter category – as a work of dramatic fiction it is well written, has believable characters in an apalling situation and it has some sort of redemption, some gleam, a small glimmer that life is better than “this”. As a story Corpse Day takes the listener to the darkest, most depraved, most dangerous place Torchwood has ever been – it takes us to a house in Cardiff. An ordinary every day house inhabited by a man who is anything but ordinary and every day. Owen Harper (Burn Gorman) and PC Andy Davidson (Tom Price) are about to enter the world of Glynn Lewis and no one will ever be the same again. Not Owen, not Andy, not the listener and not Glynn’s “Family”. No One.

Intriguing isnt it, and a strange title in “Corpse Day” too, I could quite work out what the story was going to be about and the synopsis gave very little away so I will try to maintain the veil of secrecy whilst giving you a little flavour of the proceedings. Corpse Day is a day in which a regular Police Officer gets to liaise with Torchwood on cold cases and the case Andy has in mind is one of young girls going missing. Andy is enthusiastic really up for working with Torchwood, Owen is bored, cynical and ready to quit from the outset and blame everything on the Rift. And then they get a lead and this lead is the seemingly odd shopping habits of one Glynn Lewis, and this seemingly innocuous fact will change them forever.

When Mrs W and I watch The Walking Dead together we always say the Zombies cant help being Zombies, its what they do – its the human cruelty that we find difficult to stomach – and it is fair to say that Corpse Day falls in to that category. With all the horrors that the rift brings to Cardiff, the most awful thing that Torchwood have faced has been in Cardiff all his life. There is nothing more frightening than human beings – because as fantastical as Torchwood is, the events in this story could almost conceivable happen – and they probably have and THAT is the most awful thing, that a human being could do to others what Glynn visits upon his “family”. And that is all I am going to say about that.

As I said at the beginning there are some things you enjoy and some things you appreciate – in Corpse Day that has never been truer. James Goss gets the dynamic between Owen & Andy perfect and over the course of the drama they have their souls laid bare making terrible decisions that no one should ever have to make and what began as a jaunty “Cardiff Buddy Movie” ends in something altogether more than the sum of its parts. The seeds planted in act one are not the crop harvested in the final act, they are so far away from the seeds as to be another species altogether. It is a tightly written, claustrophobic piece that is totally unpredictable, the subject matter is difficult and challenging and the amount of character development we see from the leads is startling. I didn’t “enjoy” it – Corpse Day isn’t a piece to be enjoyed, but as a challenging drama then boy did I appreciate it. 9/10.

This title was released in May 2017. It will be exclusively available to buy from the BF website until July 31st 2017, and on general sale after this date.

Glynn Lewis is just putting up a spice rack when there’s a knock at the door. A knock that will bring a brutal end to his perfect family.

PC Andy is very excited. It’s Corpse Day – the day when the local constabulary get help on dead cases from Torchwood. This year, he’s volunteered to act as liaison, and he knows he’s going to have a brilliant time.

For Dr Owen Harper, today’s just like any other. There’ll be bloodshed, screaming and murder. At the end of it all, he doesn’t care. After all, life’s just for the living, and he’s long dead.