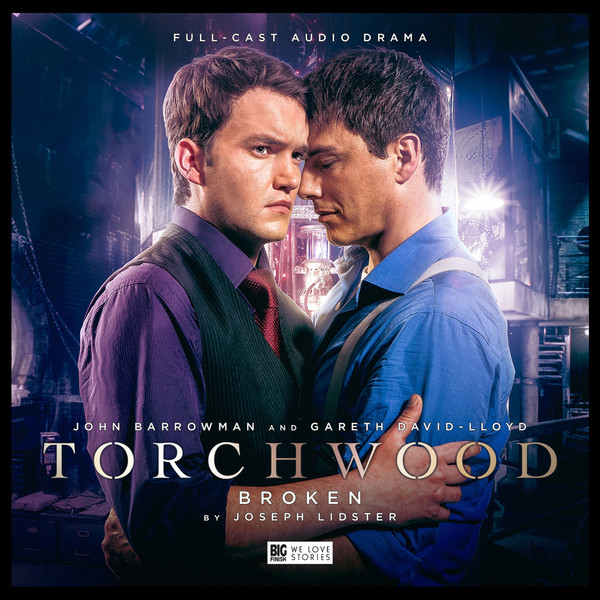 With the bar set so high by last months release “Moving Target” this one had to be something rather special. And it is. And it is as different from “Moving Target” as it is possible to be. This is a study in grief. Not teenage angst or self indulgence but pure unadulterated human grief. And the man suffering is none other than Ianto Jones (Gareth David Lloyd).

This story is set within the first televised series of Torchwood from the time of “Cyberwoman” to “They Keep Killing Suzie” and follows Ianto as he pours his heart out to barmaid Mandy Albiston (Melanie Walters).

Ianto is broken – truly broken and lost and alone. His girlfriend Lisa is dead, he has no friends, he is estranged from his family and he loathes his boss Captain Jack Harkness (John Barrowman) because he is the one that killed Lisa. His only friend in the world is Mandy, Mandy understands, Mandy is there for him when no one else is with a piece of sage advice, or a pint, she is Ianto’s only friend, she is the one person Ianto turns to.

Ianto paints a picture of a cold uncaring Jack Harkness – someone who just keeps on keeping on with no time for the emotional problems of his staff – mission after mission after mission, horrific encounters, death does not seem to have an effect on Jack – but Ianto on the other hand is emotionally destroyed – and he only has Mandy to turn to and Mandy is always there with a friendly word and a pint….

A very very different take on a Torchwood tale. We have become used to the frantic pace of the “Cardiff Buddy Movie” format, this is an altogether more pensive release, slow and brooding which suits the downbeat confessional nature of the story and this story lets Ianto bear his soul. And just when you think things really cannot get any bleaker, redemption may just arrive in a bitter sweet phone call.

Another excellent release and a completely different take on the Torchwood format, and whilst the story and the content are a difficult listen, the release is very rewarding and adds another building block to the Jack/Ianto relationship that ran through the series – the denouement really does seem earned by all the players, the reward may not be what they were looking for but it is most definitely what they need.

What we have here is an emotional car crash of a story, a study in what can happen if we let grief consume us and see our friends as enemies, and a warning that redemption may not always be at the bottom of a pint glass. Broken but with a cure maybe in the distance 9/10.

This title was released in July 2016. It will be exclusively available to buy from the BF website until September 30th 2016, and on general sale after this date.

His girlfriend is dead, his colleagues don’t trust him, and his boss… his boss is something else. With no friends in the world, and his life in danger every day, is it any wonder that at night, Ianto Jones goes to the pub?

Ianto’s local becomes somewhere where he feels safe. Safe from his demons, safe from his life, safe from Torchwood. Until one evening, Captain Jack Harkness walks into a bar….