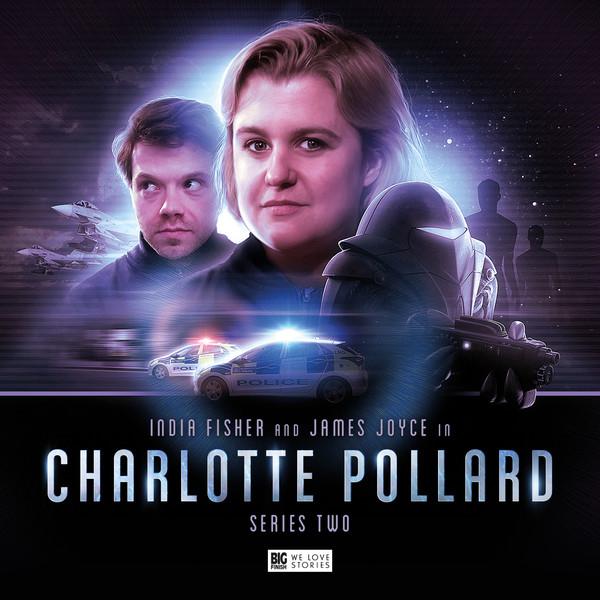 Its been a bit of a long old wait between Series One and Series Two and getting a resolution to the cliffhanger. And we do and if you were expecting a few more “jolly hockey sticks”  middle class adventures then I am sorry but you will be sorely disappointed as series two (for the most part) is a very un-Charlotte Pollard-esque experience, completely nothing at all like I was expecting. Series two is for want of a better description a contemporary urban thriller (for the most part) feeling more like a UNIT story and unlike the first Charlotte Pollard series this is one big story.

For the uninitiated Charlotte (or Charley) Pollard (played by TV’s voce of Master Chef India Fisher) is a self styled Edwardian Adventuress, she was rescued from the airship the R101 by the 8th Doctor and travelled with him on many of his greatest adventures before finally leaving him and being rescued by the 6th Doctor before resolving the paradox and going on to work for the Viyrans – an alien race dedicated to wiping out all disease. Charley is now accompanied by her companion Robert Buchan (James Joyce) who she may or may not be having a relationship with (its complicated, it was near death) and now they are trapped on contemporary Earth and things are not going well. Not well at all. We are talking Russel T Davies series finale level of threat and that is only the first episode.

Its as urban and as contemporary as it gets, and is very unnerving due to the familiarity for us if not for Charley & Robert, they are completely out of their time and out of their depth, and it all begins on Embankment Station….

So you are crashing, you are about to die and suddenly you appear in Embankment Station not knowing where or when you are, your arrival is noticed by a hacker called Rab (Ashely Kumar) and the strange non-explosion is investigated by TV journalist Naomi Davies (Deirdre Mullins) – can the day get any stranger? For Charley & Robert the answer is yes and this is only the beginning of the conspiracy….

So if part one wasnt strange enough throw in a rogue Viyran whom Charley names Bertram (Dan Starkey of “hello Girl” fame) two identical assassins who’s touch is lethal and a spate of seemingly random deaths  –  there is something happening, the Government don’t know what it is , but it has to do with Embankment Station….

The situation deteriorates, the chaos seeded at Embankment station leads to a major state of emergency as a series of seemingly unconnected events leads to the breakdown of social order.

Part 4: The Destructive Quality of Life

An odd departure, a series of events and a lifetime of captivity, and a dawning realisation that everything may just be futile. That is all. It ends here.

Three episodes of dark, depressing political conspiracy thriller and then a final left-field off the wall free for all – Nick Briggs knows how to keep his audience waiting and wanting more and this box set most certainly does that, the ending is for want of a better word ambiguous and the fate of several of the major players is left unresolved – it is a brave move and a brave change of emphasis and pace in the final episode, I really could not fathom where the story was going thinking I had got a handle on proceedings in the first three instalments, it went from Torchwood to David Cronenberg in a heartbeat – the joins are obvious, but the intrigue so piques the curiosity that the listener is compelled to go along with this new style that Mr Briggs has freewheeled our way. And it works, it hangs together with no small thanks to the Briggsmeister himself directing and the exemplary performances of the whole cast. Charlotte Pollard has come a long way from the R101, and I think that she has a long way to go yet – an intriguing and disturbing 8/10.

Now she’s cast adrift and finds herself and unlikely adventurer Robert Buchan brought right down to Earth — but an Earth which is changing rapidly.

Why and how have they crash-landed in the London Underground? Who are the Identical Men? And why is human behaviour starting to change in startling and unexpected ways?

Charley, Robert and their friend the Rogue Viyran must find out if they are the solution or the cause.

Deep underground, something is stirring. Fragments of an alien design are coalescing…

Part 2: Ruffling – Hiding in a bank, on the run, trapped underground.

Part 4: The Destructive Quality of Life – Marooned on an alien world, a ‘concentration camp’ in Slough, messaging through space and time.

This release also includes a bonus hour of content featuring interviews with cast and crew.