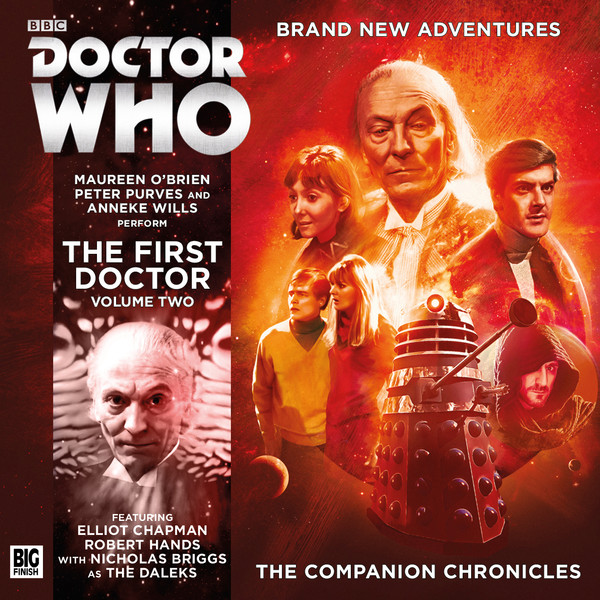 This is a fairly downbeat set – I will admit that from the beginning. Four stories all dealing with the worst of humanity and alien-kind, of the cruelty that we can impose on each other for wearing a different coloured uniform or speaking a different language – fear bred by ignorance, superstition and design from those with a vested interest and the effects that it has on those caught up in the mania and the violence that inevitably follows. A horrible mirror held up to the times that we live in now, a set of cautionary tales, a wakeup call that we are better than this, yes we ARE better than this. And then there is the final act of the final story and a beautiful use of some of the most beautiful words ever strung together and do you know – the ordeal of the first three and a half stories seem almost wth it, the dark places seem worth visiting, the ending seems earned the lesson given and hopefully learned.

Its bleak isn’t it? A bit too downbeat. I do these stories an injustice because in each and every one of these stories there is a very special ingredient – the perfect antidote to all the awful things happening and that ingredient is hope – from revolutionary France to the planet Shade to Lewes to Renaissance England and beyond far in to the future there is always hope.

Four stories make up this set and they are:

1 Fields of Terror by John Pritchard

Landing in revolutionary France at the height of the Reign of Terror, The Doctor, Vicki and Steven are caught up in the middle of an awful situation. Revolutionary soldiers are killing all whether they be revolutionaries or royalists, the bloodshed and human suffering is appalling, and then trapped in an inn with these butchers something begins to terrorise them a strange hooded figure that scratches and beats at the windows, a figure who is immune to bullets and soon the terrorisers become the terrified. So we have a base under siege story set about two years before they became fashionable – Maureen O’Brien gives a great performance as the petrified Vicki and several of the other characters whilst Robert Hands sneers and bullies his way through as the leader of the French Soldiers “Lagrange” in a story light on laughs but heavy on seat edge drama.

2. Across the Darkened City by David Bartlett

Steven Taylor has lost. he has been captured by The Daleks and is on the Planet Shade, separated from The Doctor and Vicki – things look desperate. And then he forms an alliance, an alliance born from mutual need, an alliance no one would have thought possible – Steven forms an alliance with a very special Dalek, a genetic variant who thinks differently from other Daleks – an injured Dalek who needs Steven’s help to get it to a transmit through a city in perpetual darkness – a city teeming with the Chaons, unspeakable monsters who have even forces the Daleks to retreat. Desperate times, desperate measures – but can a Dalek, even a very special Dalek be trusted or is a Dalek always a Dalek? Edge of seat stuff, knowing that death can be at any turn (forget that you know Steven survived this and it is even better) – we see a side to a Dalek we have not seen before, this one seems more “human” and in fact this story can be seen as a prequel to a Dalek epic…..

Peter Purves really delivers the goods as a desperate Steven, and a “punch the air” moment when he gives his wonderful Hartnell impersonation is a lovely reward for the listener. In a word “intense”

3. The Bonfires of the Vanities by Una McCormack

I always found the news stories of the Lewes Bonfire parades and effigy burnings rather distasteful – something of the unthinking mob mentality and making a bogey man and scapegoat rather than actually taking the time to find out about that person. In this story the First Doctor, Ben & Polly arrive in Lewes in the late 1950’s and the Bonfire revelries seem to be a lot more out of hand than they usually are. Again the intensity is there, at the Doctor is ill, near death, his regeneration being held back by sheer force of will meaning that it is left to Ben and Polly and librarian Mary to tackle the immediate problem of the gangs of “Bonfire Boys” and the alien Guys that have come to life. A story of hate breeding hate and this being perpetuated by tradition and a cautionary tale for the uncertain era we live in.

4. The Plague of Dreams by Guy Adams

And then there is this. Possibly the best Companion Chronicle I have ever had the honour to listen to, beautifully written, beautifully framed and set, perfectly pitched by Anneke Wills & Elliot Chapman this is a story unlike any other told in the vast pantheon of Doctor Who, and proof positive that the “infinitely variable format” is as alive and well today as it was back in the 1960’s – this adds layers of mystery and clarity the first Doctor’s regeneration and his part in the great scheme of things that leads to….. Well, I will let you find that out. Utterly compelling, magical and wonderful.

So there is always light, there is always hope – even in the darkest places, there has to be and this set proves that there is, but sometimes it really does need to be looked for. Beginning with the cruelty of revolutionary murder and ending with a bow – as varied a tapestry as the first Doctor era ever was condensed into four stories – a well deserved 9/10.

1. Fields of Terror by John Pritchard

The TARDIS has brought the Doctor back to Revolutionary France, a place that’s always fascinated him. But this time he, along with Steven and Vicki, are drawn into a devastated land, caught between the soldiers who are burning all before them and a monstrous shape that follows in their wake.

2. Across the Darkened City by David Bartlett

On the planet Shade, The Chaons, an invading race of strange, amorphous creatures that ravenously absorb energy, have reduced the city there to a desolate ruin. Separated from the Doctor and Vicki, Steven has to join forces with an unexpected ally to find his way back to the TARDIS. Ahead, lies a nightmare journey through the dark – a test of endurance and trust.

3. The Bonfires of the Vanities by Una McCormack

When the Doctor, Polly, and Ben arrive in Lewes in the late 1950s, they’re just in time to celebrate Guy Fawkes’ Night. But there’s no fun on the streets tonight – the town is in the grip of fear. There are imps on the loose in Lewes, the Bonfire Boys are on the march, and nobody is safe from the fire.

4. The Plague of Dreams by Guy Adams

“Pray welcome, one and all, to this, a fantasy in two acts, presented, most humbly, for your pleasure. We bring you drama and magic, angels and demons, a tale of mysterious plague… of nightmares made flesh… of a war fought both in this world and those immeasurably distant. A war, in fact, fought through the mists of time itself. It will make you gasp! It will make you weep! It may even make some of you wake-up…”