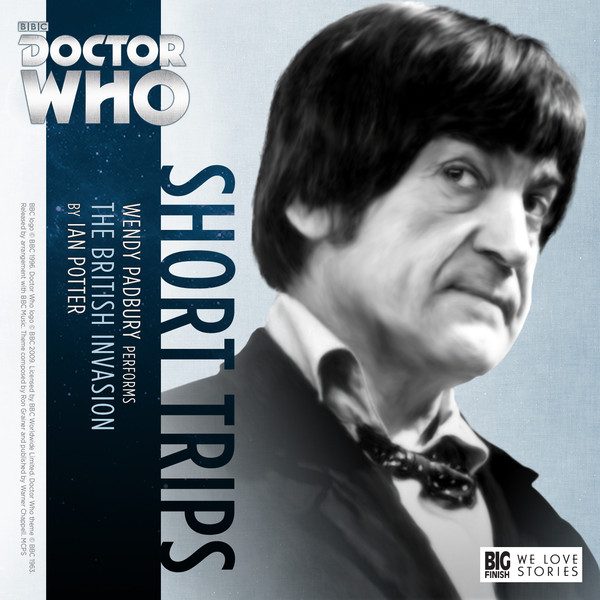 If I were to pick two words to describe the Troughton era those words would be “charm” and “Whimsy” and this months Short Trips release “The British Invasion” has both charm and whimsy in abundance, its as if writer Ian Potter has distilled the essence of the era into one short story, which to a great degree he has. In fact for three quarters of the story this is nothing more than a charming interlude where The Doctor, Jamie and Zoe lark about at the science exhibition at the Festival of Britain. Sorry, I should have mentioned this story is set in post war London – a London recovering from the horrors of World War 2 and, as the Doctor puts it the country is channeling their energies into into looking outwards.

But in all this positivity and looking forward Jamie sees a sinister side, where the Doctor sees a pioneering spirit and a new scientific dawn Jamie sees nothing but propaganda wrapped in the Union Flag where the Highlanders and their clans are consigned to the dustbin of history. And herein lies the cleverness of the story and how it acts as a metaphor for the whole of the Troughton era, pull away the charm, the whimsy and the general larking about and the stories themselves were pretty dark with an edge to them sometimes softened by focussing on the camaraderie between the three leads, and this story does just that, there are just enough smoke and mirrors to make us take our eye off the ball and not notice the little clues that something altogether darker may be going on.

Wendy Padbury narrates the story and gives life to the regulars and the lady scientist they meet and try to help fix her radio transmitting device.

I do like a story that makes you think it is one type of story and ends up being a completely different take on a Who story when it ends, and the clever thing is you done even see it coming.

A very satisfying little story and on repeated listens a lot darker than its original whimsical approach, a little gem 9/10.

Release #32 is a Second Doctor, Jamie and Zoe story.

A huge metal dome sits by the side of the river Thames, within it is a device that might change the entire future of humanity. The Doctor, Zoe and Jamie embark on a small act of kindness but the TARDIS seems oddly unwilling to help. It’s as if it knows the truth. There is something waiting here, something adaptable and cunning, gathering its strength to conquer the stars.